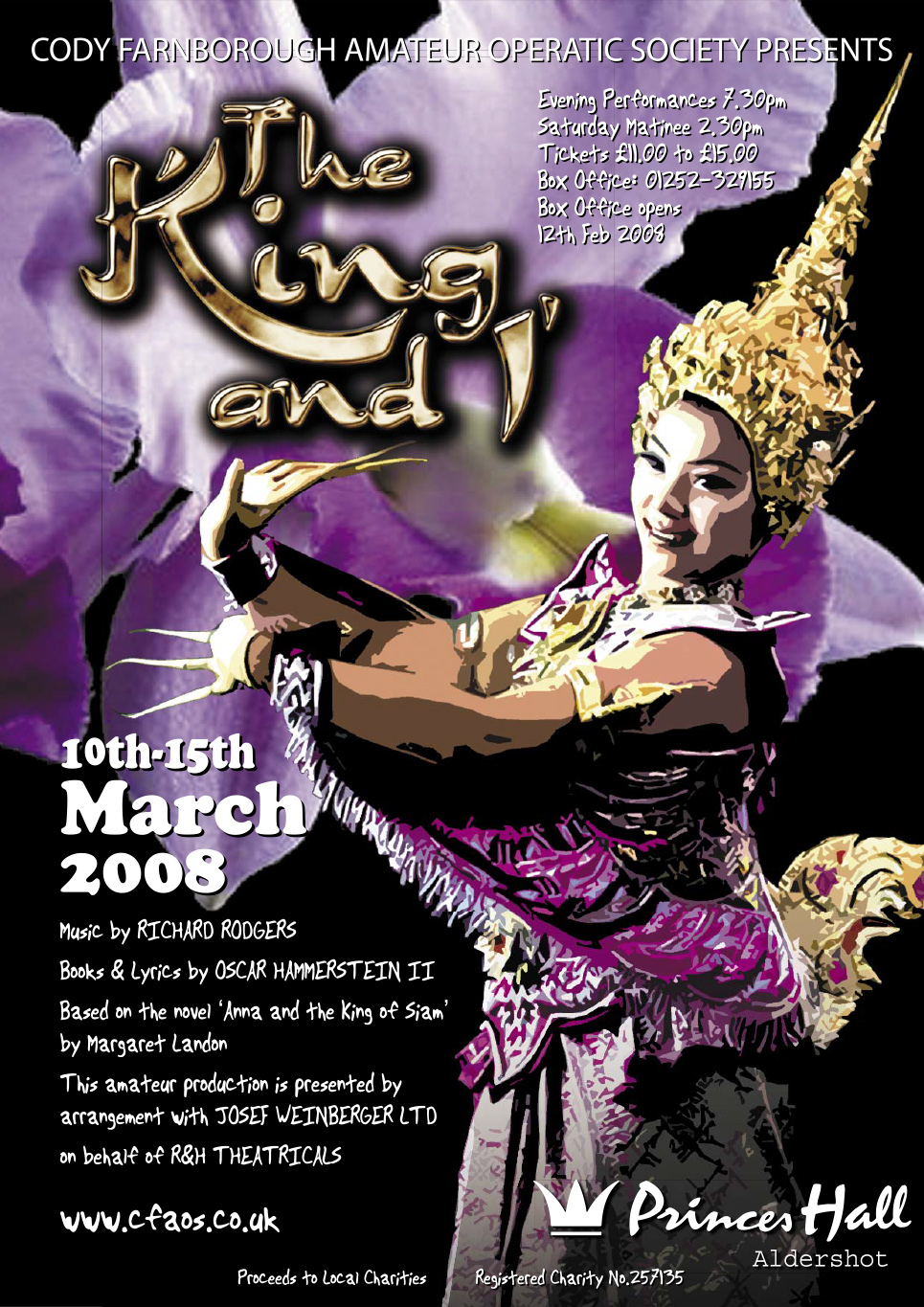 Set against a dazzling and exotic backdrop The King and I is the moving story of Anna, an American governess, who tries to help an Eastern king to come to terms with the modern world, but he is unable to resist the forces of ancient customs. The conflict between Eastern and Western cultures inspired this well-loved musical, which has been revived professionally many times and is always a firm favourite with the public. The score includes “I Whistle A Happy Tune”, “Hello Young Lovers”, “Getting To Know You”, “Something Wonderful” and “Shall We Dance?”.

Annie Get Your Gun
A Funny Thing Happened on the Way to the Forum
We use cookies on our website to give you the most relevant experience by remembering your preferences and repeat visits. By clicking “Accept All”, you consent to the use of ALL the cookies. However, you may visit "Cookie Settings" to provide a controlled consent.
Cookie SettingsAccept All
Manage consent