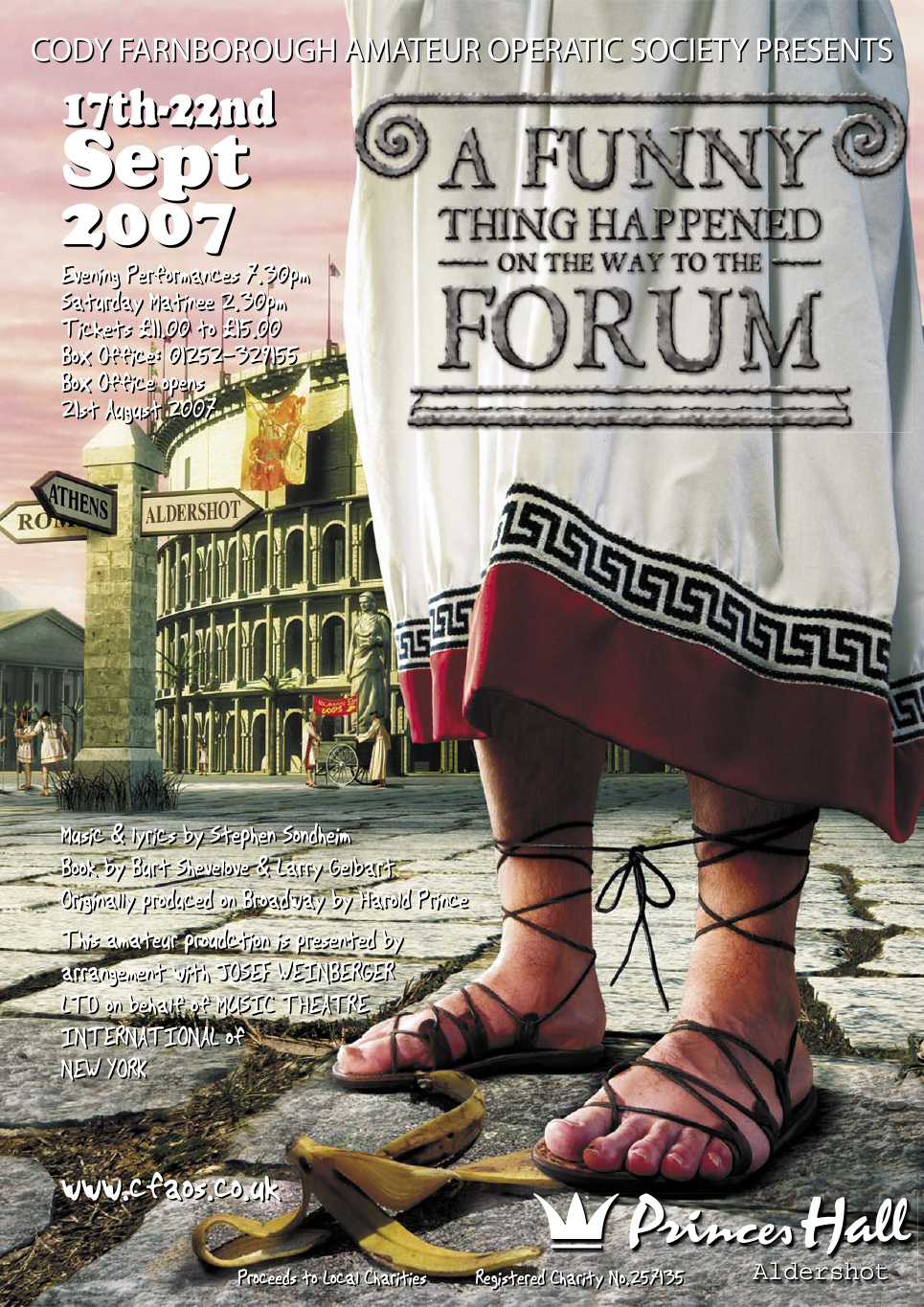 “Tragedy tomorrow, comedy tonight!” Broadway’s greatest farce is light, fast-paced, witty, irreverent and one of the funniest musicals ever written – the perfect escape from life’s troubles. “A Funny Thing Happened On The Way To The Forum” takes comedy back to its roots, combining situations from time-tested, 2000 year old comedies of Roman playwright Plautus with the infectious energy of classic vaudeville. The result is a non-stop laugh-fest in which a crafty slave (Pseudolus) struggles to win the hand of a beautiful but slow-witted courtesan (Philia) for his young master (Hero), in exchange for freedom.

The King and I
HMS Pinafore
We use cookies on our website to give you the most relevant experience by remembering your preferences and repeat visits. By clicking “Accept All”, you consent to the use of ALL the cookies. However, you may visit "Cookie Settings" to provide a controlled consent.
Cookie SettingsAccept All
Manage consent