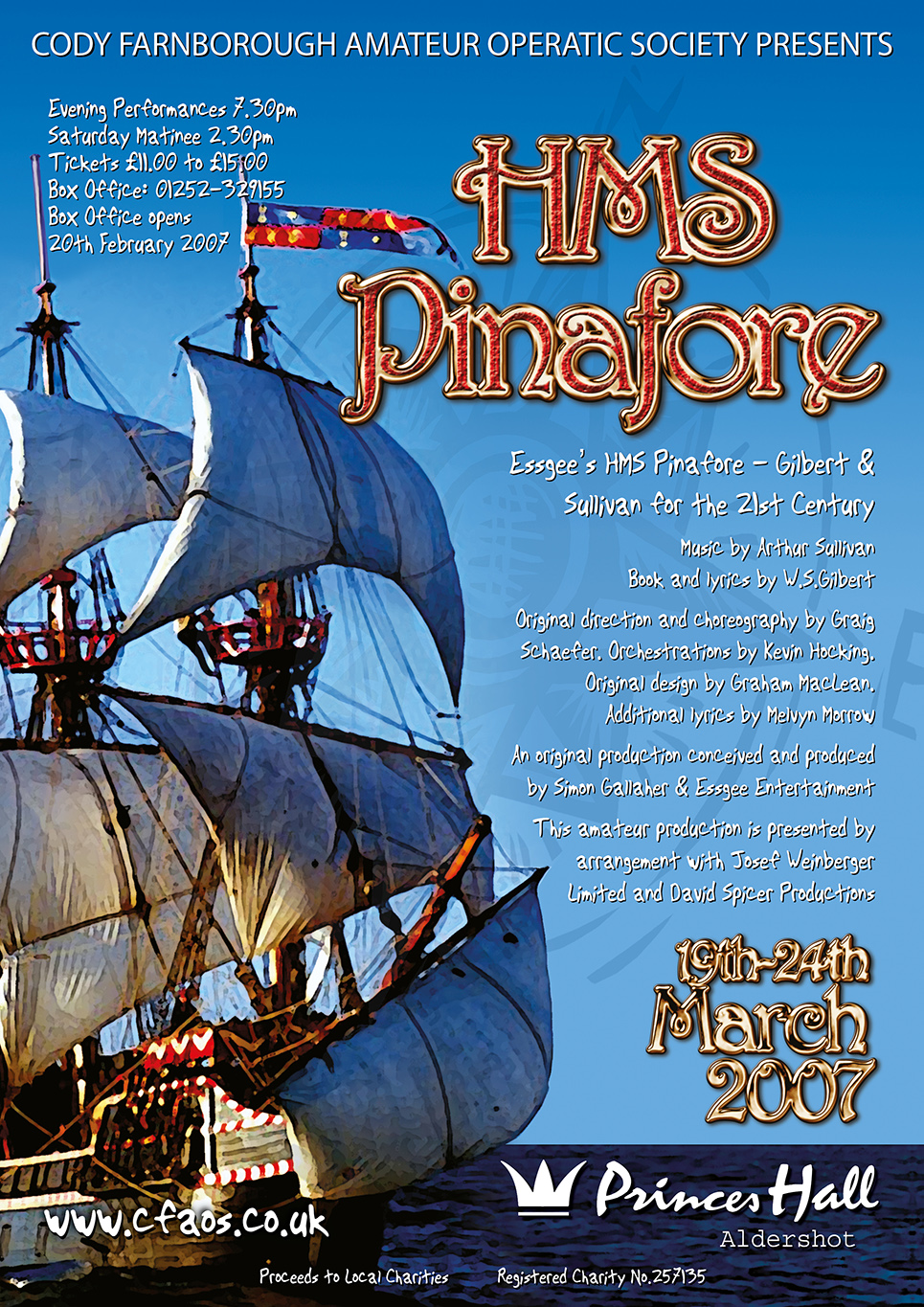 Pinafore is the third and final part of the smash-hit Essgee G&S trilogy following The Pirates of Penzance and The Mikado. Its gala opening at the Victorian Arts Centre’s State Theatre was met by ecstatic reviews: “A twenty four carat triumph” said The Australian’s Peter Birch; and this new and innovative approach to Gilbert and Sullivan has enjoyed nearlyHMS Pinafore – The Fabulettes four year of capacity houses in Australia and New Zealand. Among the highlights of the production are the Absolutely Fabulettes, an hilarious three-part female chorus.

Pinafore is among the most popular Gilbert and Sullivan operas, perhaps because of its infectious tunes and generally well-constructed libretto. Drawing on several of his earlier “bab ballad” poems, Gilbert embued HMS Pinafore with mirth and silliness to spare. The opera’s gentle satire reprises and builds upon one of The Sorcerer’s themes: Love between members of different social classes.

A Funny Thing Happened on the Way to the Forum
Oh What a Lovely War
We use cookies on our website to give you the most relevant experience by remembering your preferences and repeat visits. By clicking “Accept All”, you consent to the use of ALL the cookies. However, you may visit "Cookie Settings" to provide a controlled consent.
Cookie SettingsAccept All
Manage consent