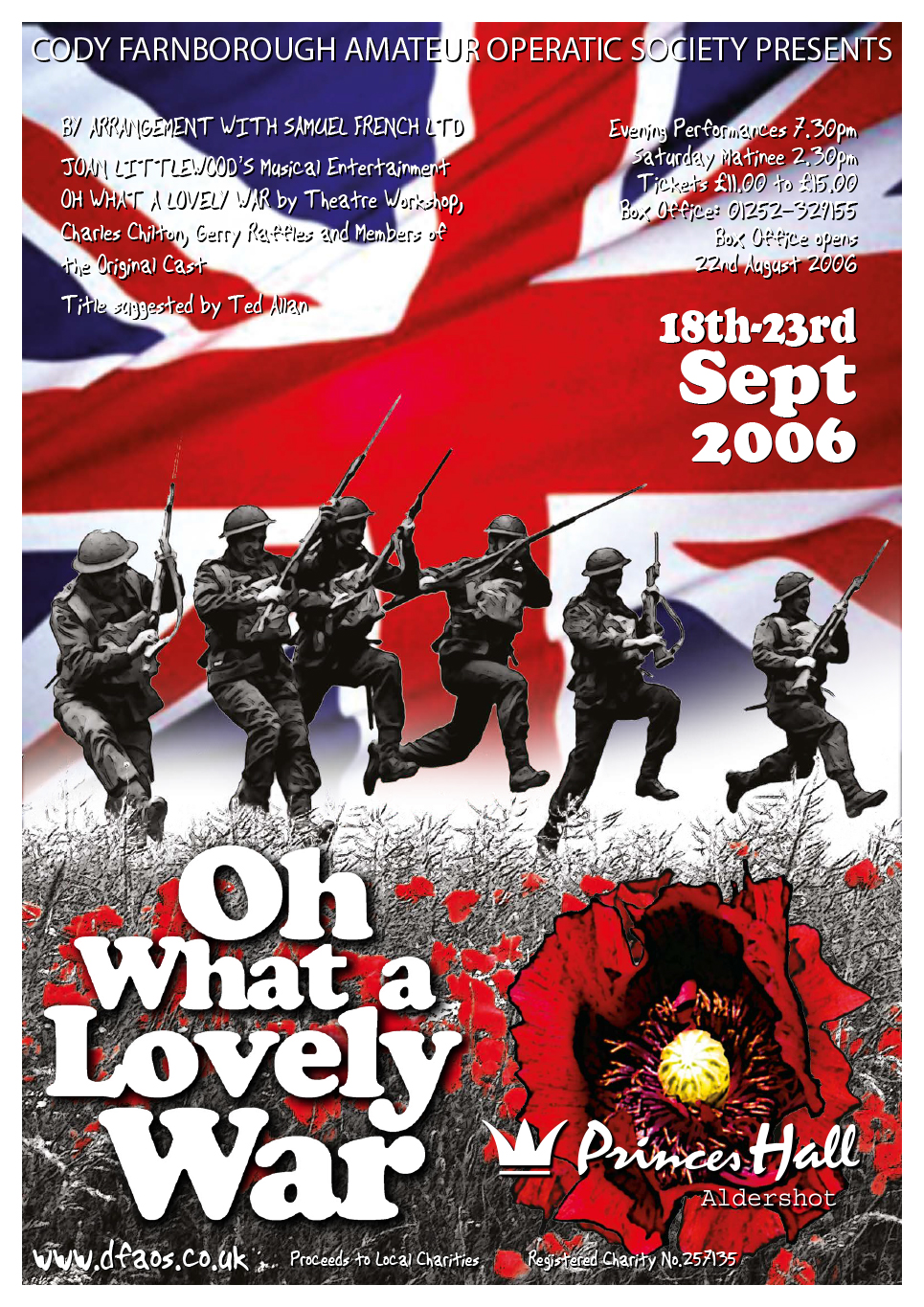 Oh What a Lovely War is a theatrical chronicle of the First World War, told through the songs and documents of the period. First performed by Joan Littlewood’s Theatre Workshop at the Theatre Royal, Stratford East, London in 1963, it received the acclaim of London audiences and critics. It won the Grand Prix of the Théâtre des Nations festival in Paris that year and has gone on to become a classic of the modern theatre. In 1969 a film version was made which extended the play’s popular success. The play is now on the standard reading list of schools and universities around the UK and was revived by the Royal National Theatre in 1998.

PierrotThis is an exciting and challenging show for both audience and cast. You cannot fail to be moved by the sentiments, whilst having a jolly good time watching the performance. There are great sing-along tunes – “Goodbyee”, “Tipperary” and, of course, the title song – but also moments to make you think and reflect on why we go to war and the effects upon the lives of ordinary people at that time. The show was originally devised by Joan Littlewood’s Stratford East Theatre Workshop and, with the help of Charles Chilton, the script was finalised. The action progresses through scenes that show the attitudes of the soldiers, their training and recruitment, interspersed with songs and more serious comments about war. If you like your theatre intelligent and entertaining, then this is for you! There’s lots of dancing, laughing and crying to be had in a show like this. You’d be mad to miss it.

HMS Pinafore
Copacabana
We use cookies on our website to give you the most relevant experience by remembering your preferences and repeat visits. By clicking “Accept All”, you consent to the use of ALL the cookies. However, you may visit "Cookie Settings" to provide a controlled consent.
Cookie SettingsAccept All
Manage consent