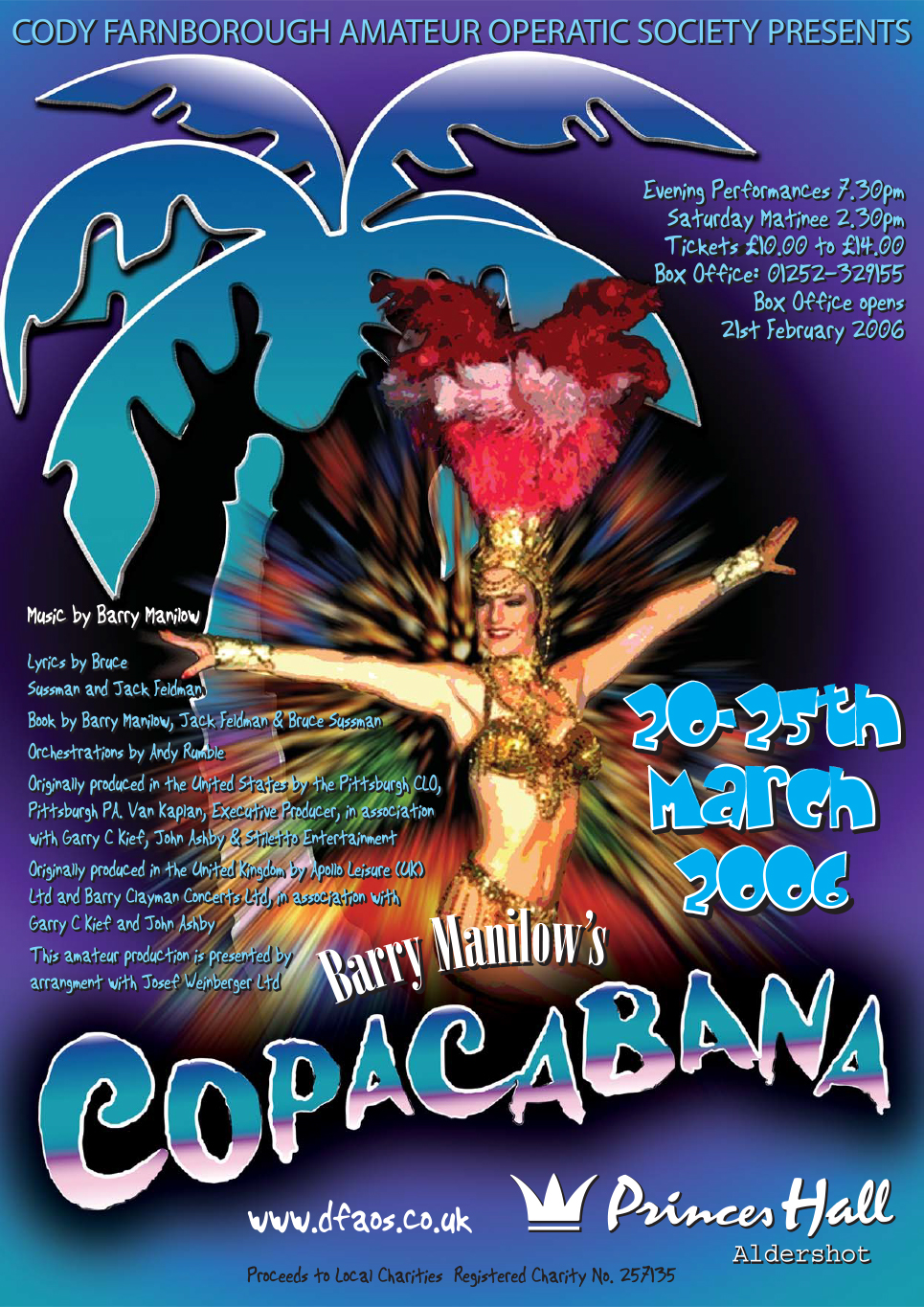 “Her name was Lola …”
the unforgettable opening lyric of Barry Manilow’s Grammy Award winning hit song, “Copacabana,” is the inspiration for an exciting and passionate new musical.

Copacabana is a tale of love and romance set at the heart of the swinging nightclub scene of the 1940s. While creating the world’s next big hit, Stephen, an aspiring songwriter, is carried back to an era when “music and passion were always the fashion” at the world-famous Copacabana nightclub in New York City. In his dream, Lola Lamar, a hopeful showgirl, is launched on the path to stardom as a Copa Girl with the help of Tony Forte, a bartender with dreams of his own. Captivated by Lola’s performance, the villainous Rico whisks her away to the Tropicana nightclub in Havana. From this exotic,distant new world, a tale of old-fashioned love,jealousy, and murder in the entangled lives of Lola, Tony & Rico unfolds amidst dazzling costumes, spectacular sets and sensational choreography.

Oh What a Lovely War
Singin’ in the Rain
We use cookies on our website to give you the most relevant experience by remembering your preferences and repeat visits. By clicking “Accept All”, you consent to the use of ALL the cookies. However, you may visit "Cookie Settings" to provide a controlled consent.
Cookie SettingsAccept All
Manage consent