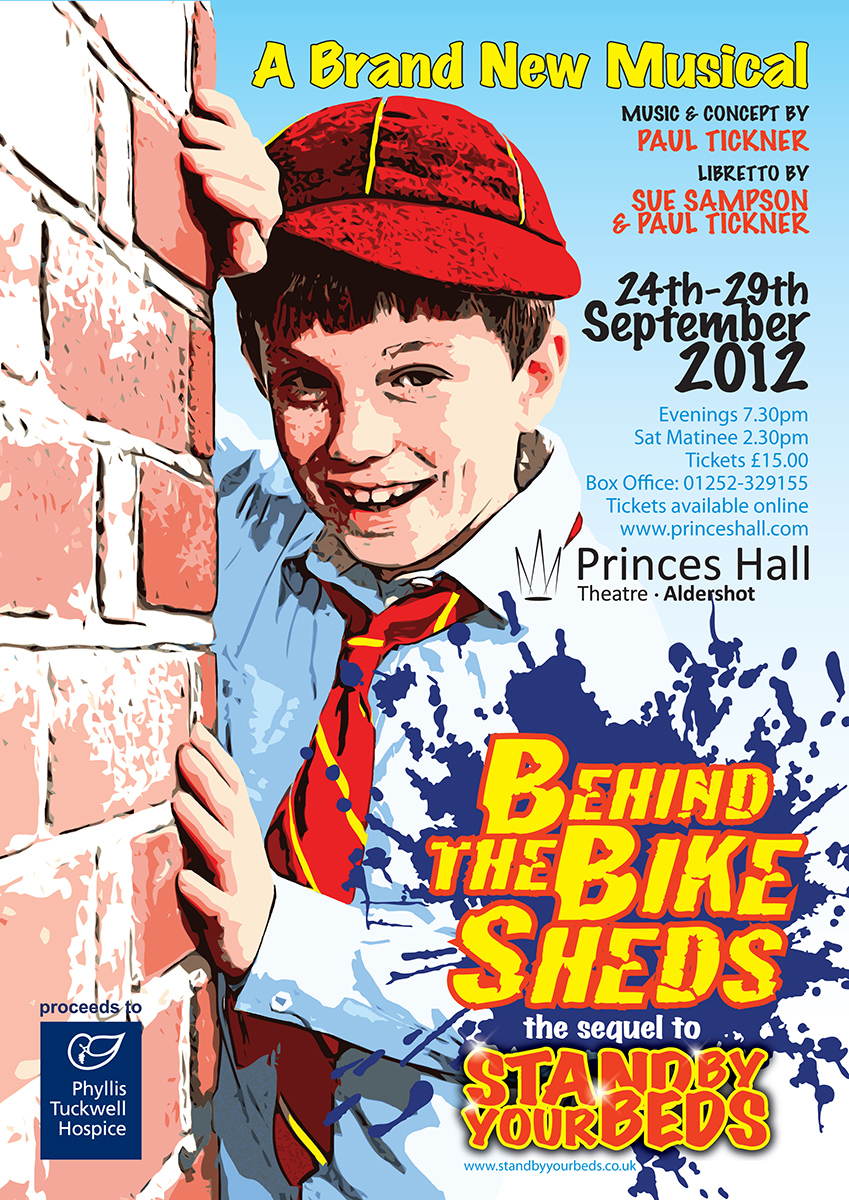 Riverside Boarding School has been forced to open its gates to girls and worse still a council estate kid Billy Tompkins.

The dreadful Ms Sharp (school inspector) is trying to close the school with a mixture of unfair tests and health and safety rules.

Can Billy, with the help of his hopeless gang and misunderstood rich girl friend Charlotte, save the school? All will be revealed Behind The Bike Sheds…..

Behind The Bike Sheds is a joyfully irresistable original musical initially written to raise funds for the Phyllis Tuckwell Hospice in Farnham, Surrey. This show is the ‘prequel’ to the hugely successful Stand By Your Beds, which during its premiere in 2009 broke the theatre’s box-office records for a January production. Several nights were completely sold out – every single performance received a standing ovation.

All the cast, musicians and stage crew are volunteers who are donating their time and talent to produce a brilliant, energetic and highly enjoyable, award-winning show.

The Sound of Music
Thoroughly Modern Millie
We use cookies on our website to give you the most relevant experience by remembering your preferences and repeat visits. By clicking “Accept All”, you consent to the use of ALL the cookies. However, you may visit "Cookie Settings" to provide a controlled consent.
Cookie SettingsAccept All
Manage consent