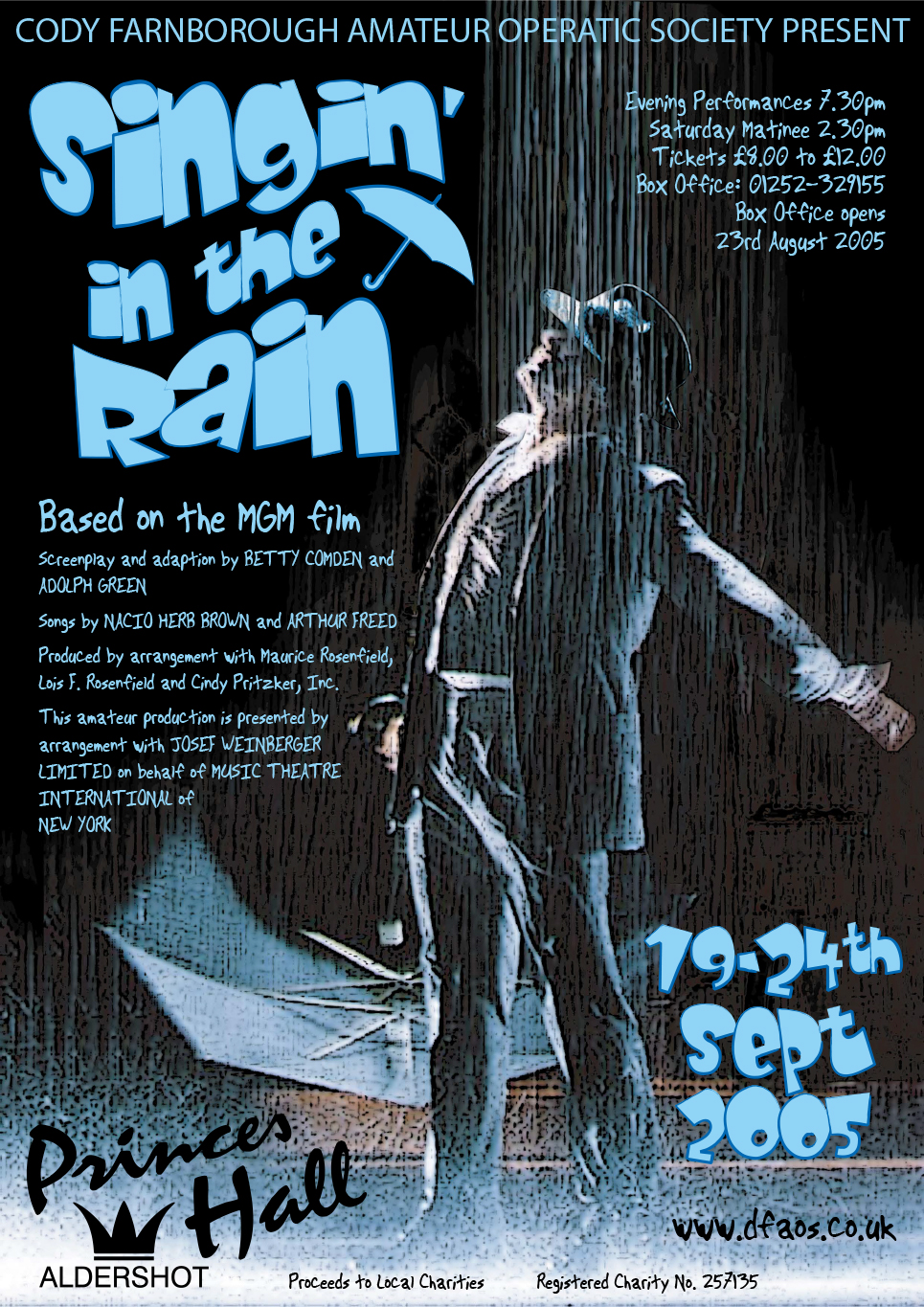 You remember the plot. You love the characters. You know “the song.” It’s no less than the stage adaptation of one of the most celebrated films of all time.

1920s Hollywood is the setting for this light-hearted romantic comedy about the early days of “talking pictures”, when many a movie studio found itself scrambling to salvage the career of its chipmunk-voiced silent picture star.

The MGM classic has been faithfully adapted by Broadway legends Betty Comden and Adolph Green from their original award-winning screenplay. Each unforgettable scene, song and dance is included, complete with an on-stage rainstorm! Hilarious situations, snappy dialogue, and a hit-parade score of Hollywood standards make “Singin’ in the Rain” the Perfect entertainment for any fan of the golden age of movie musicals.

Copacabana
42nd Street
We use cookies on our website to give you the most relevant experience by remembering your preferences and repeat visits. By clicking “Accept All”, you consent to the use of ALL the cookies. However, you may visit "Cookie Settings" to provide a controlled consent.
Cookie SettingsAccept All
Manage consent