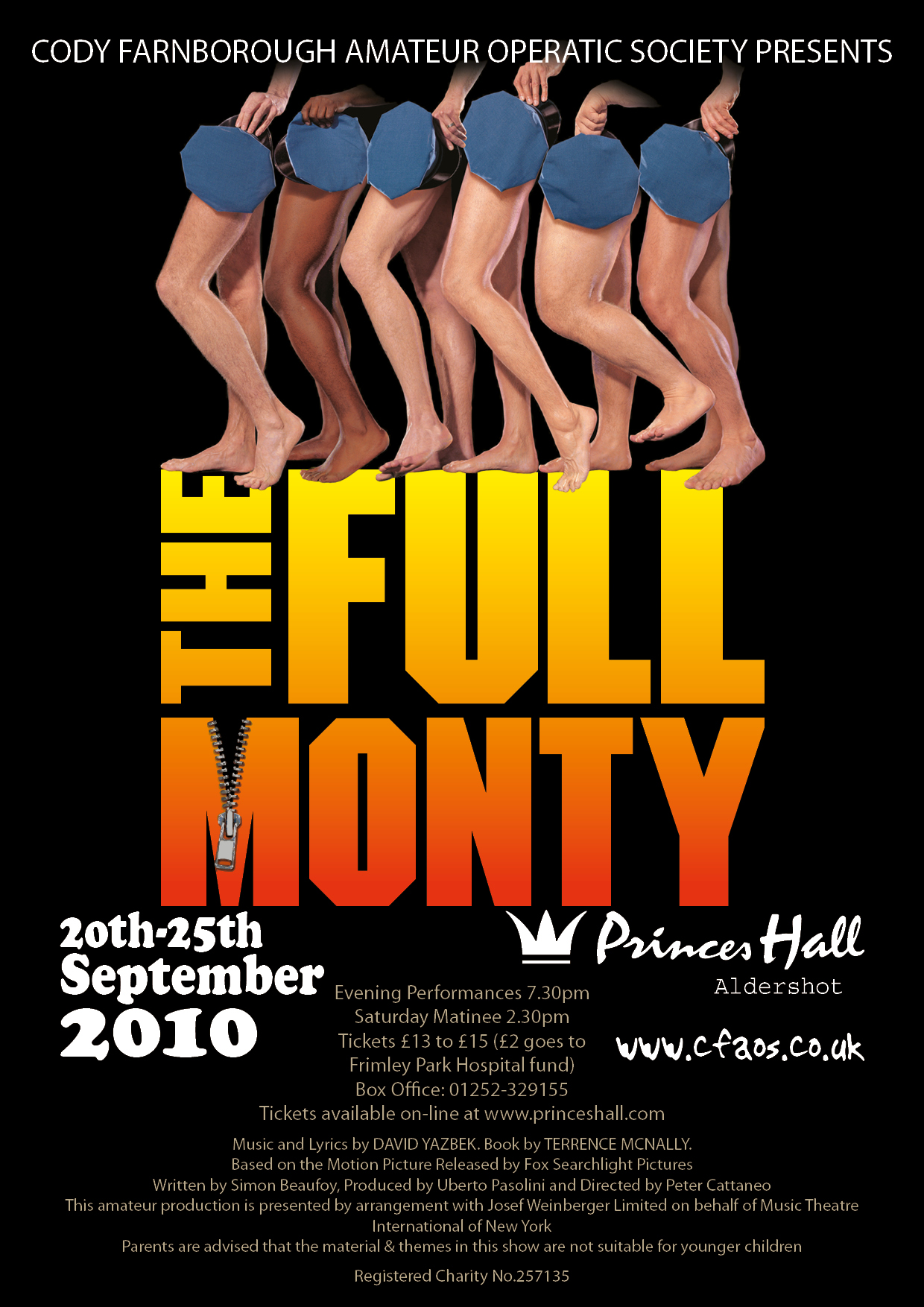 Adapted from the 1997 British film, the musical version takes the same story and transports us to the USA and shows six unemployed Buffalo steelworkers who are low on both cash and prospects.

They decide to present a strip act at a local club after seeing their wives and girlfriends enthusiasm for a touring company of the ‘Chippendales’. As they prepare for the show, working through their fears, self-consciousness and anxieties, they overcome their inner demons and find strength in their camaraderie.

It is extremely well written, with both pathos and humour and some memorable music, and addresses issues not normally encountered on the musical stage. The musical had its world premiere at the Eugene O’Neill Theatre on October 26th, 2000, where it ran for 770 performances. 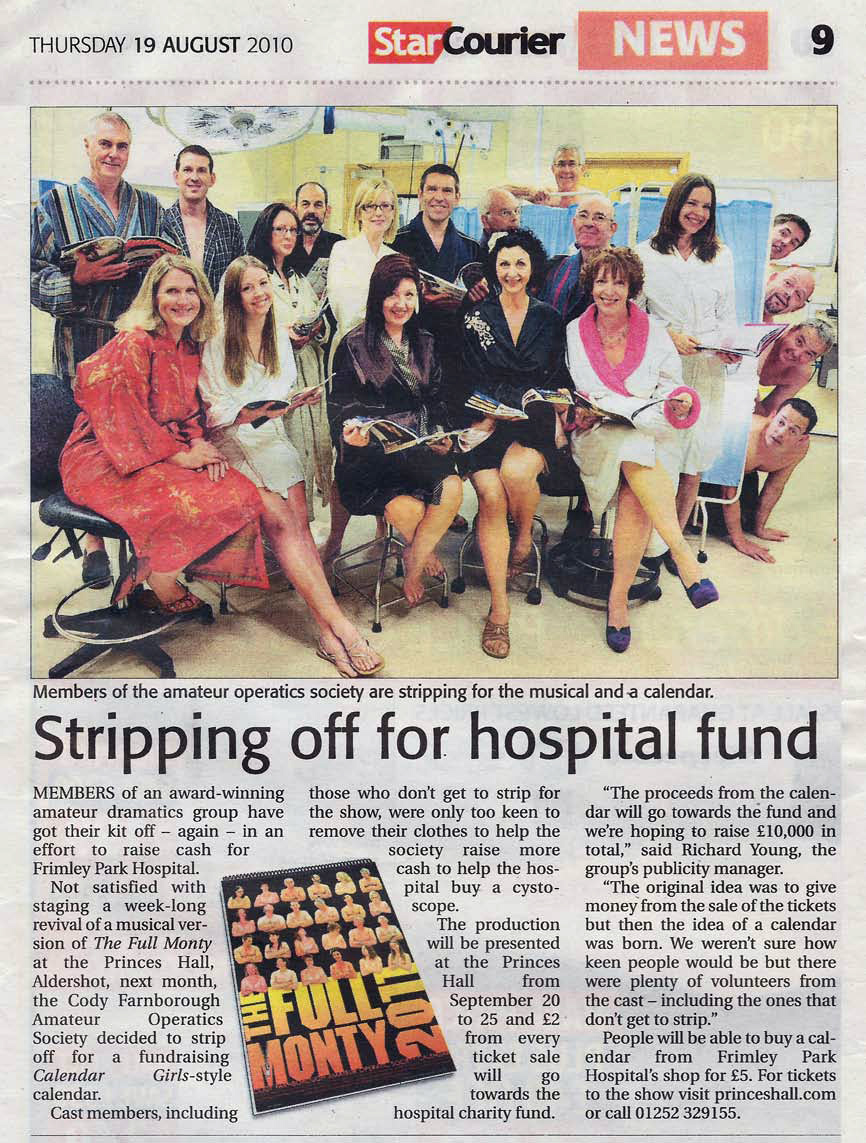 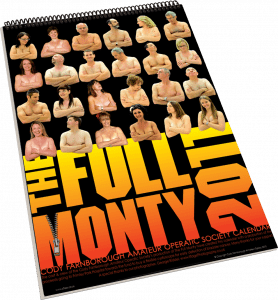 The cast & crew of our next production, The Full Monty, created a “Calendar Girls” style calendar with a proportion of the proceeds going to Frimley Park Hospital towards the fund to buy a flexible cystoscope for early detection of bladder cancer.

The calendar was on sale during performances.

Jesus Christ Superstar
Fiddler on the Roof
We use cookies on our website to give you the most relevant experience by remembering your preferences and repeat visits. By clicking “Accept All”, you consent to the use of ALL the cookies. However, you may visit "Cookie Settings" to provide a controlled consent.
Cookie SettingsAccept All
Manage consent