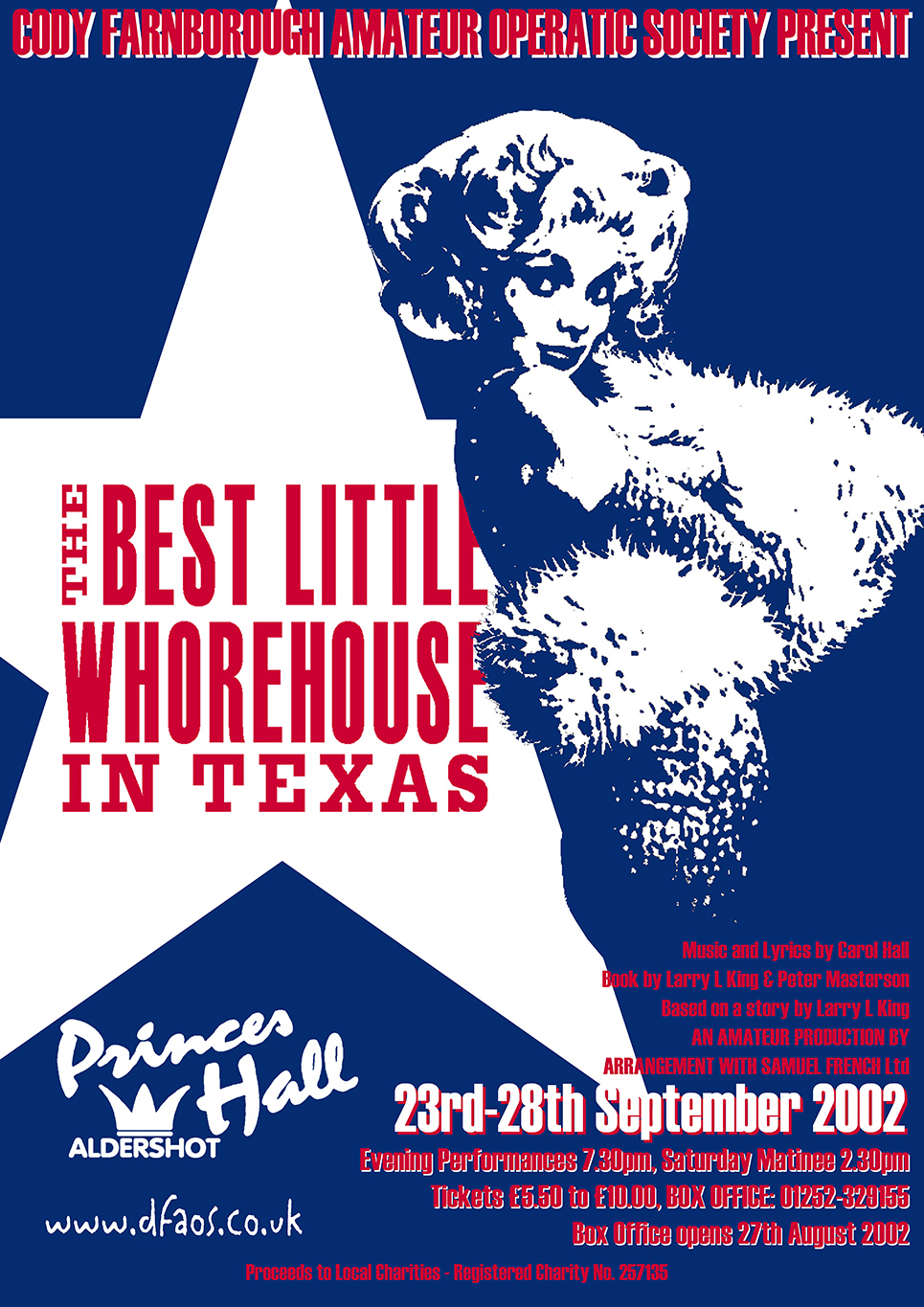 The best bordello in Texas dated back to 1915, when Jessie Williams purchased an old farmhouse on 12 acres on the border of La Grange, where it existed in harmony with the law and local citizens for nearly 50 years. During the Depression, the girls traded services for farm goods and livestock. So many chickens were received that hen houses were set up for poultry and egg production – hence the name Chicken Ranch. In 1960 Edna Milton purchased the property from Miss Jessie’s estate and did a first-class remodelling job. It was under Miss Edna’s direction that the house of prostitution reached its greatest fame. In 1973 Marvin Zindler, a Houston TV newsman, mounted a campaign to close the Chicken Ranch. Jim Flournoy, former Texas Ranger and country sheriff since 1946, cited charitable work, saved marriages, and local acceptance and refused to close it. Zindler directed his TV attack on the Governor, who called Sheriff Jim. He in turn placed the call that quietly ended the Chicken Ranch’s 58-year history.

This happy-go-lucky view of small-town vice and state-wide political side-stepping recounts the good times and the demise of the Chicken Ranch, known since the 1850s as one of the better pleasure palaces in all of Texas. The rural community of Gilbert has long tolerated, secretly relished, and certainly patronised Miss Mona’s cosy homelike bordello. Governors, senators, mayors, and even victorious college football teams-sponsored by an alumnus-frequented the Chicken Ranch until that puritan nemesis Watchdog focused his television cameras and righteous indignation on the institution.

Chess
1990s
We use cookies on our website to give you the most relevant experience by remembering your preferences and repeat visits. By clicking “Accept All”, you consent to the use of ALL the cookies. However, you may visit "Cookie Settings" to provide a controlled consent.
Cookie SettingsAccept All
Manage consent